The West Coast is suffering from some ravaging wildfires recently, and firefighters in California are doing their best to control the situation. The firefighters have to work long and tiresome hours to weather the fire, and things are bound to get stressful for them. But now, thanks to a Golden Retriever named Kerith, the firefighting warriors can relax a bit during work by spending some quality time with the dog.

Kerith was initially meant to serve as a guide dog for the blind, but she could not complete the pre-requisite training and ended up helping out the firefighters.

The owner of the pooch, Heidi Carman, told reporters that she got Kerith when she was only eight weeks old. Kerith was not Heidi’s first dog. She had been raising puppies for many years to make them guide dogs for the blind. However, Heidi believes that Kerith was the cutest among all the dogs she ever had.

Heidi socialized and trained Kerith just like the other canines she raised in the past. She said that her prior experience with raising dogs made her believe that Kerith might not be a good cut for being a guide dog. The pooch had the quality of being friendly to every person she interacted with, but a future guide dog should focus only on the owner and not on others.

When Kerith was 15 months old, Heidi gave her away to an organization named Guide Dog for Blinds, and her training started. But, as expected, the pooch was not fit for the role. Heidi then decided to get Kerith trained as a therapy dog — and that was precisely what she was born to do. 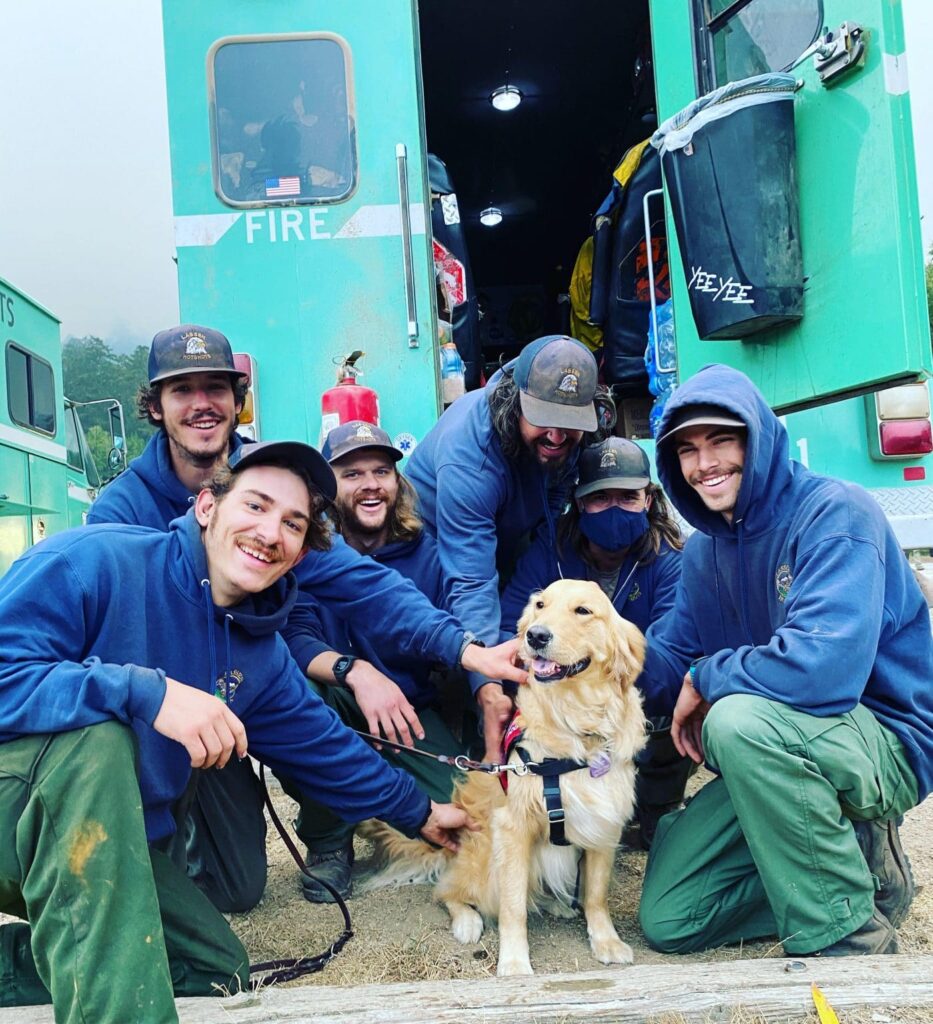 After Kerith completed her training, she and Heidi met some firefighters at a local hospital just by chance. The dog’s interaction with the firefighters turned out to be love at first sight. Later, Heidi started receiving requests from the local fire stations for having sessions with Kerith. Now the pooch is working with the fire department on a regular basis.

We never really know what will happen to our lives …

Found tied up to a tree at the park, poor …

Our website is made possible by displaying online advertisements to our visitors. Please consider supporting us by disabling your ad blocker.